What is a QR Code Used For on a Direct Mail Piece? 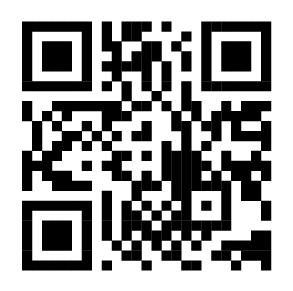 What is a QR Code?

The Quick Response Code, shortened to QR Code is a type of matrix barcode, or two-dimensional barcode that is a machine-readable optical graphic containing information about an item to which it is “attached”. A QR code uses four standardized encoding modes (numeric, alphanumeric, byte/binary, and kanji) to efficiently store data.

A QR code consists of black squares arranged in a square grid on a white background, which can be read by an imaging device such as a scanner or cell phone camera, and processed using Reed–Solomon error correction until the image can be properly interpreted. Data is then extracted from the pattern.  QR Coding is widely used around the world to get to mobile websites very quickly, which makes it an excellent element on advertisements.

Why Use QR Codes on Direct Mail?

As stated above, QR Coding is used worldwide to get to mobile websites very quickly, which means that anyone with a smartphone can easily scan the QR Code and reach a specified page on a website in an instant. Let’s say it’s a coupon redemption page leading to other offers. This keeps direct mail interactive – and customers engaged.

Adding a QR is as simple as visiting a generator site like qr-code-generator.com and downloading the image to place on your mail piece.  If you’re using the latest version(s) of Adobe InDesign™, the industry standard in layout programs, there is even a QR Code Generator built right in!

Ouch! There was a server error.
Retry »

Fill in the form below and we will be in touch soon.

PrimeNet has over 50 years of experience creating highly effective direct mail campaigns for businesses all over the United States. Our mailing list expertise will ensure your bulk mail is targeting only the most qualified prospects. When it comes to direct mail marketing with proven returns, make PrimeNet the first choice for your direct mail and for your business! | PrimeNet is a G7 Compliant Master Printer in both grayscale AND colorspace.